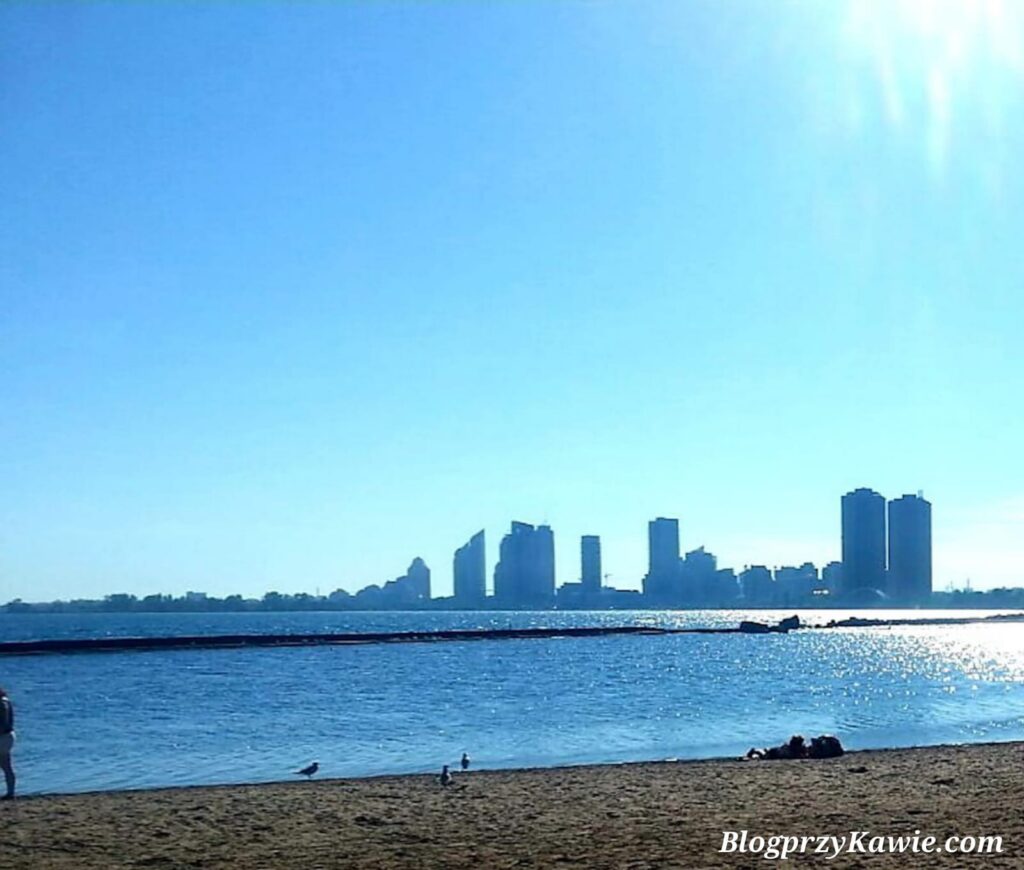 Our first weeks overseas were not only organizational but also very fulfilling. My husband immediately began to work and the children also quickly went to school. I took a bit longer holiday and started school in April.

When the two oldest children went to school, the two toddlers stayed at home. Fortunately, the school was a 3-minute walk, which made it very easy for us to organize. While I was at my school, Patrycja’s mom took care of the youngest kids. The Golden woman. It is known from whom Patrycja inherited these features 😍.

Children quite quickly got accustomed to school, especially since they could communicate in English. You know, at first, there was a  bit of stress, a new country, a new school, as well as new children. Our daughter was the most stressed. It took her a while, but she managed to control it, too. No wonder why. She started kindergarten in English, then she joined a kindergarten in another country with other children, where everyone speaks another language, i.e. German. She did not even have time to get used to it, and for two months she lands in Poland, where everyone speaks Polish to her, and in a moment she literally falls into the whirlpool of English again. How can you not be stressed? An adult would be stressed, and what to say about a 5-year-old child. What these kids of ours have been through, I think they’re the only ones who know best. I believe that such a lifestyle, which may not be the easiest for them, will help them in their adult life, and they will look at everything from a different, broader, maybe better, and certainly more experienced perspective. 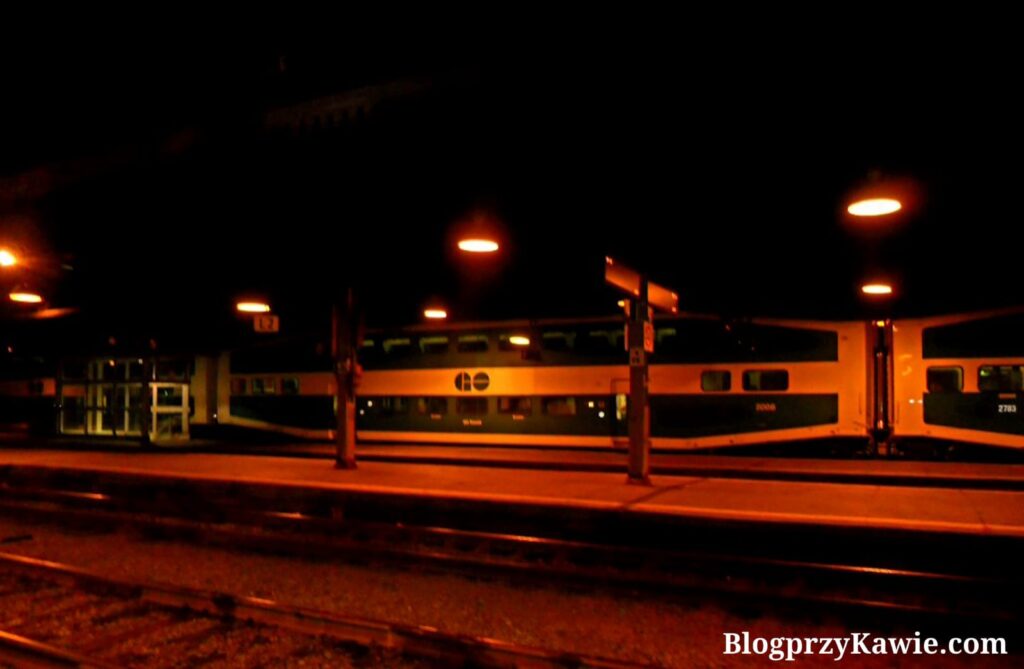 The children felt very well at the school they went to. The teachers were very sympathetic, the children too. At least one problem out of my head. My husband was taking the train to work because we lived in Mississauga, and the hotel was in downtown Toronto. My school was located in the town of Streetsville, 11 minutes by car, to which I was driving with the car borrowed from Rafał.

In my school, the predominant nationality at that time was Venezuelan and Colombian, then the rest of the world 😉. Sympathetic people, like those who worked there as well as those who studied there. The atmosphere, more like at home, no one felt stressed at all. I honestly confess that I have never in my life encountered such a welcome and with such an atmosphere. All friendly, smiling, cheerful, and open. A completely different world from the one I’ve known so far 😉. To this day, I recall it with the sentiment.

Now that you have become acquainted with our orderly life in Canada, we can move on to further events 😉. At first, we had to exchange our driver’s licences for Canadian ones, so we could drive. We were lucky. We just did the same thing in Germany. Germany had an agreement with Canada and we didn’t have to take any exams. All we had to do was hand over the German and we got the Canadian. The best thing is that in Poland we had a Category B driving licence, which after the change from German to Canadian, enriched us with the opportunity to drive small trucks. As it turned out, it came in handy for my husband when helping with moving his friend. They could have rented a small truck on a regular licence and transported all the furniture themselves. It was a shock to us 😳, not the first and not the last one 😉. 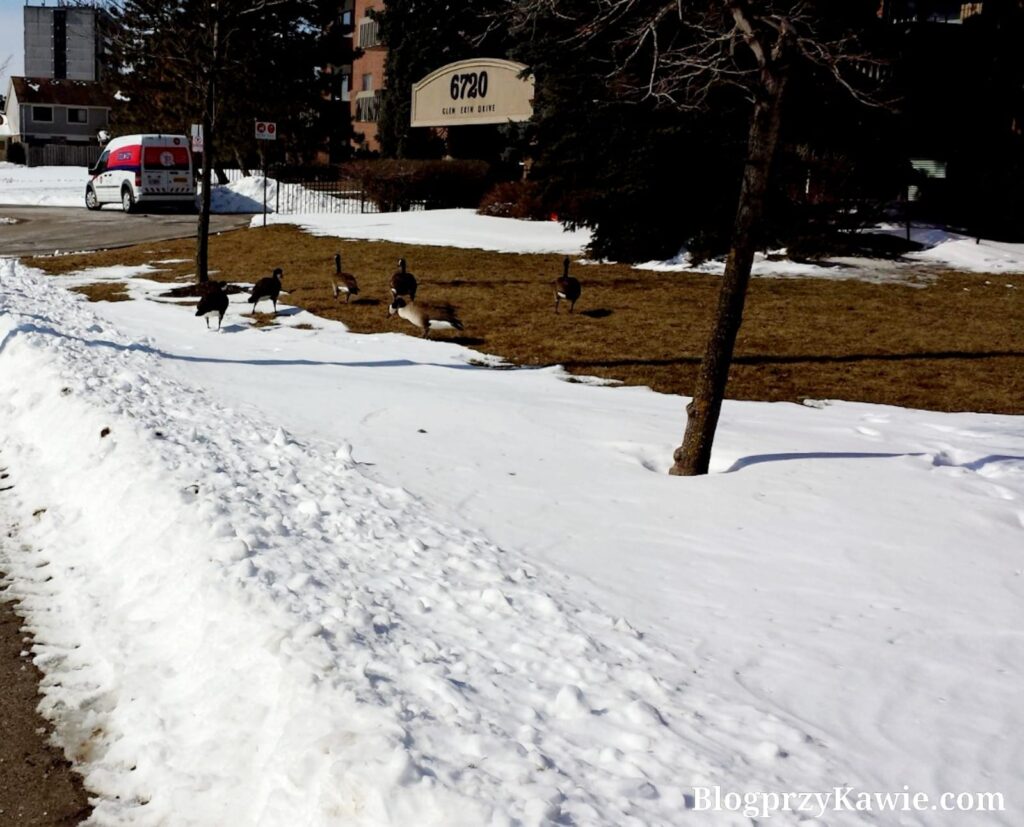 Not knowing when we already have Easter and almost a month of school behind me. The snow was slowly melting and spring was approaching. Imagine there are four seasons in Canada, but it’s like there aren’t any. You know why? Because the longest months of the year are winter ❄️ and summer ☀️. Spring can only last two weeks. People do not have time to hide winter things in the closet, and already have to put on summer clothes 😁. This transition period in Canada is quite short and at the same time beautiful. We began to slowly explore the area, going for walks closer and further. In the neighbourhood we could find parks and playgrounds. And as it is in Canada, they were not among the smallest, so it took us some time to walk around them. As we love to walk, it was a pleasure for us. Well, I guess I’ll just have to say we loved walking. The company has grown up and some prefer to spend time differently 😉, and if decide to walk, it certainly not too long. What to do 🤷‍♀️.

Walking here and there we could meet Canadian squirrels. It’s not like in Poland that you can see squirrels only in selected places. There, they run everywhere. Literally everywhere: in parks, neighbourhood, streets, between cars, it’s more or less like we have pigeons 😉. Imagine that they are grey and way bigger than ours. Sometimes we wondered if it was a squirrel or a rat because they’re so similar in shape and they’re so big and grey. Believe me.

As I mentioned earlier, I drove Rafał’s car to school. As it turned out, it was a little illegal, and that’s why I had to switch to a smaller way of transport. You’re probably wondering why it’s illegal 🤔. It is because, in order for me to drive his car, I’d have to have insurance on me. In case there was an accident or anything like that, I’d have to cover the cost out of my own pocket. “I guess” I couldn’t afford it 😱. Rafałek, a good kid, took care of my “future” and he conjured up a bicycle for me 😉. So I rode this bike 🚴 until the holiday. I’m not going to say I’m unhappy about it, on the contrary. It took me about 30 minutes to get there, but thanks to this I had a moment to talk to “Poland” during that time. Return time another 30 minutes and again time for a chat. This way I had 2 in 1, I could talk and spent a little time on health. At least it didn’t put off here and there what it shouldn’t 😉. And like that until the end of June.

For the holidays, I also took a break from school, because four children to watch is no longer the same as two. And this way “we all” had a holiday 😉. 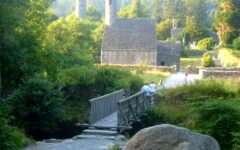 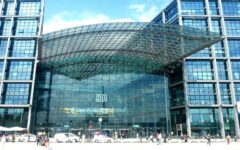 A New Chapter in Our Life